The Madness of Viscount Atherbourne
Rescued from Ruin, Book One

The night that changes everything
Life for Victoria Lacey should be perfect. And it is—perfectly boring. Agree to marry a lord who has yet to inspire a single, solitary tingle? Why, of course. Smile as though this is not the thousandth time he’s mentioned hounds and hunting? It’s all in a day’s work for the oh-so-proper sister of the Duke of Blackmore. Surely no one would suspect her secret longing for heart-racing, head-spinning passion. Except, perhaps, a dark stranger … on a terrace … at a ball where she should definitely not be kissing a man she has only just met.

The obsession that leads to ruin
Hatred, not love, drives Lucien Wyatt, Viscount Atherbourne, to tempt the “Flower of Blackmore” into sin. Her brother has done unthinkable damage to Lucien’s family, and he intends to exact revenge in the only way left to him: Ruining his enemy’s sister, then stealing her from Blackmore by making her his own.

The woman who will set fire to her husband’s heart
As Lucien carries out his ruthless plan, tutoring his new bride in the finer points of pleasure, her surrender leaves him breathless … and soon a new obsession awakens—a scandalous fascination with his irresistible wife. 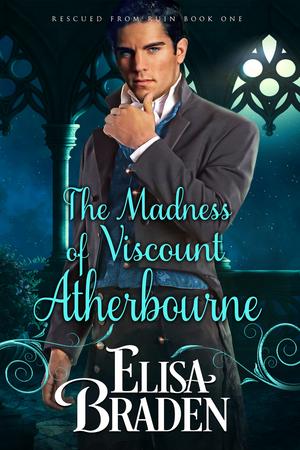