​​The Temptation of a Highlander
Midnight in Scotland - Book Three

A woman hunted
Once a hopeless wallflower, Clarissa Meadows blossomed into a beauty for a single splendid season—only to catch the eye of a madman bent on possessing her. Now, she must flee where he’ll never follow: a friend’s house in the Scottish Highlands. Except he does follow. And Clarissa has nowhere left to run.

A protector unbound
​Campbell MacPherson shouldn’t be dreaming about the fair English lass who blushes like a sunrise, blurts out double entendres over breakfast, and shows a peculiar interest in the size of his hands. But when she reveals the threat putting fear in her eyes, this rough, solitary giant vows his protection, even if it means keeping temptation as close as his next breath.​

A temptation too hot to deny
​Clarissa couldn’t ask for a more imposing—or enthralling—bodyguard than Campbell MacPherson. But accepting his protection puts him squarely in a predator’s sights. And soon, she faces an impossible choice: stay in the shelter of his arms or save the man she loves from the wolf she’s brought to his door. 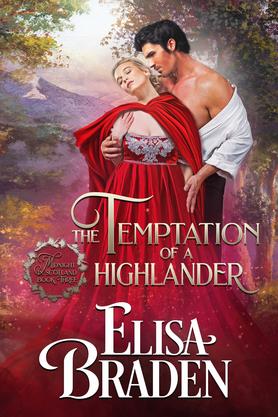