The Truth About Cads and Dukes
Rescued from Ruin, Book Two

When a wager goes wrong
Painfully shy Jane Huxley is the furthest thing from a diamond of the first water. Bookish, bespectacled, and, well, plain, she never expected to befriend a dissolute charmer like Colin Lacey, much less agree to help him retrieve a lost family heirloom. Fortunately, he is nothing like his cold, rigid older brother. Unfortunately, he is not above deception if it means winning a wager. And that puts Jane in a most precarious position.

A formidable duke will marry a plain Jane
For Harrison Lacey, the Duke of Blackmore, protecting his family honor is not a choice, it is a necessity. So, when his cad of a brother humiliates the unwitting Lady Jane, Harrison must make it right, even if it means marrying the chit himself.

And a marriage of convenience will become so much more
Her reputation hanging by a thread, Jane agrees to wed the arrogant Duke of Blackmore, although she’s convinced it will result in frostbite. Only after lingering glances lead to devastating kisses does she begin to suspect the truth: Perhaps—just perhaps—her duke is not as cold as he appears. 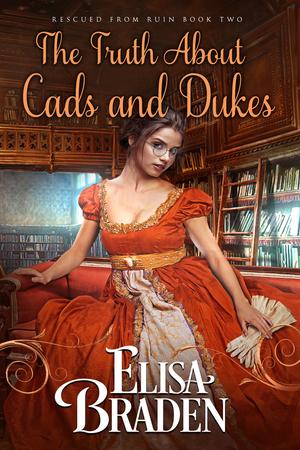